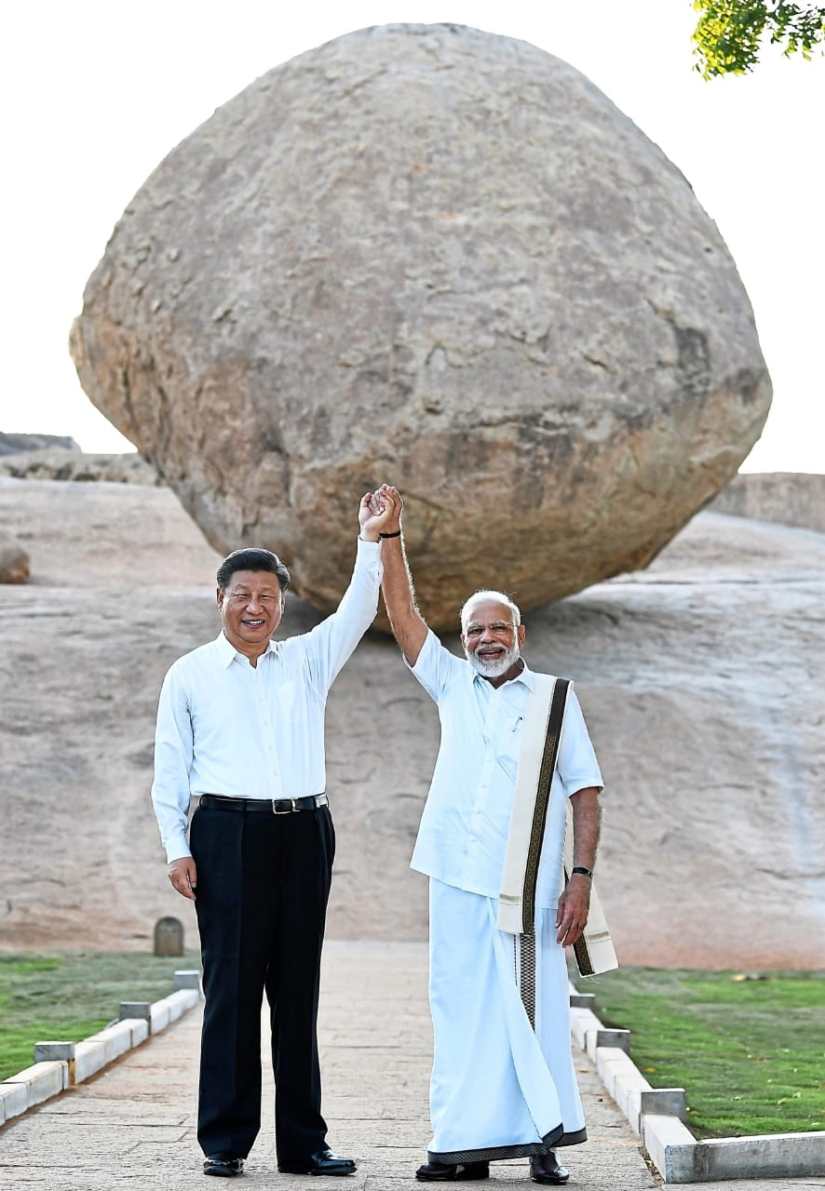 Asia’s two powers have longstanding conflicts, but are seeking common ground through “strategic communication”. The goal – stability – is pursued with a heavy dose of personal diplomacy. An enduring visual of the second ‘informal summit’ in the ancient southern Indian port of Mamallapuram on Oct 11-12 was of the two holding hands aloft in front of a gigantic circular granite boulder on a hilly slope which has miraculously not rolled down for the past 1200 years. The gravity-defying balance of Krishna’s butterball despite its structural vulnerability conveyed the essence of the easygoing and freewheeling summit of, mature neighboring countries which can avoid a catastrophic crash in relations through frank interactions of Xi and Modi, who have met seventeen times in the past five years. Thus, Coexisting with contradictions

Strategic thought is an accumulative outcome of historical legacy, collective wisdom, collective attitudes, religion and overall makeup of a society. It was said that since Columbus, strategic thought of the West has been based on cardinals of, clash of civilisations, ethnic cleansing and divide and rule. Its driven by geopolitics which presupposes conflict. Even in 21st century we witness application of this strategic thought in the Middle East. Propelling of Shia-Sunni discord is manifestation of policy of clash of civilisations. Contrarily, China is visualised to implement strategic thought based on integration of civilisations, win-win cooepration and mutual growth. President Xi also declared that China will redefine subject of International Relations. Above picture and caption is a breather for those who have seen this conflict-prone region suffering in the hands of perennial fighting. In the future, subject of security will be seen through Critical Security Studies (CSS) as against erstwhile Geopolitics which has wrecked havoc on the globe. Predsident Xi is displaying great maturity. Chinese strategic thought can only be ruined and betrayed by conflict. China has to avoid conflict in the greater interest of the people of conflict-prone region in particualr and the world in general. I hope and pray my earlier blog (referred above) titled, Turmoil is Asian is proven wrong.

View all posts by sammilogger